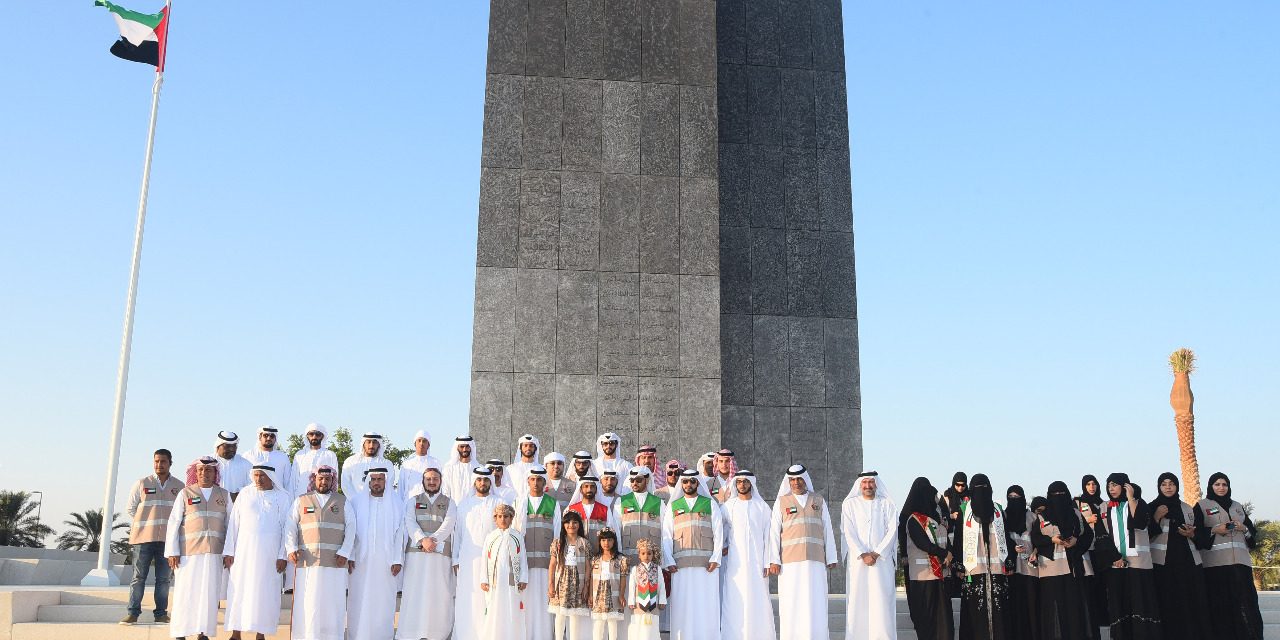 no images were found

The Volunteer team “Awnak Ya Watan” visit headed by Sheikh Dr. Mohammed bin Muslim bin Hamri Al Ameri, Deputy Secretary-General of  “IIMSAM”, “Oasis of Dignity” which was built to commemorate the righteous martyrs of the UAE.

The delegation was received by Khalifa Al Muhairi, Director General of Karama Oasis. The delegation started a tour that started before the monument of the martyr, which consists of 31 panels of huge panels that are based on each other as a symbol of unity, solidarity and cohesion among the people of the UAE society, leadership and the strength, courage and steadfastness that characterize the people of the UAE. Visitors stopped at the metal plate carved by the Armed Forces of the UAE.

The delegation also visited the honor pavilion, which includes panels inscribed with verses from the Holy Quran, and the names of the martyrs of the UAE’s brave people and information about them. The delegation read Fatihah on the souls of the righteous martyrs and prayed to them that God would grant them His mercy.

“The visit to Karama Oasis reflects the spirit of unity, solidarity and cohesion between the wise leadership and the people of the UAE. It also reflects the solidarity with the families of the martyrs in recognition of the generosity of their children and their sacrifices,” Sheikh Mohammed said.

“Al Karama Oasis reflects the appreciation of our leadership for the sacrifices of the people of the homeland for its elevation and principles, and it is a symbol of fulfillment and a permanent milestone to commemorate the martyrs.”