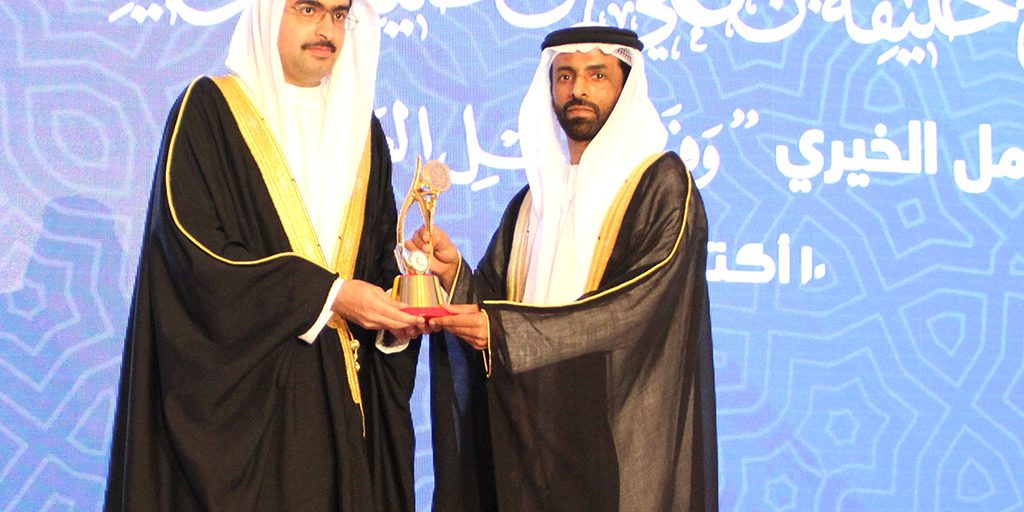 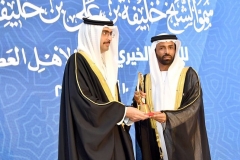 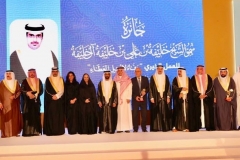 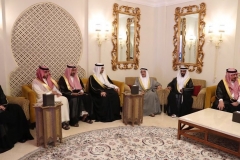 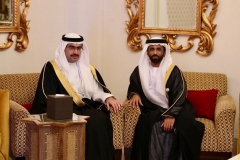 Bahrain, The Kingdom of Bahrain has honored Sheikh Dr. Mohammed bin Muslim bin Hamri Al Ameri, Deputy Secretary General of the IIMSAM Organization,The award of His Highness Shaikh Khalifa bin Ali Al Khalifa for charitable work on the category of personalities from the Gulf countries have an international charitable contributions, In recognition of his humanitarian and philanthropic work in the presence of His Highness Sheikh Ali bin Khalifa Al Khalifa, Deputy Prime Minister of Bahrain.

Sheikh Hamed has already won the Mahatma Gandhi Medal of Humanity at the beginning of this year, one of the world’s most prestigious awards.

“I am honored to get HH Shaikh Khalifa bin Ali Al Khalifa award for charity work,” he said. “Our humanitarian efforts stem from the vision of our leadership in the UAE.”

He praised the efforts of the UAE to contribute on the solution of global development problems through humanitarian assistance. It has become one of the most active countries in the field of international humanitarian action, reaching more than 70 countries.

He pointed out that the name of the UAE is mentioned all over the world, which confirms that the leadership of the wise state continues in the footsteps of the late Sheikh Zayed bin Sultan Al Nahyan, “God bless him”, which established values of generosity, giving and good in the hearts His sons and his people, until the name of the state became associated with those noble values.

He said: all of us in the UAE have been influenced by the approach of giving, which was laid down by the late Sheikh Zayed Bin Sultan Al Nahyan, who taught us that man does not last, but his good work is the lasting one. This approach, which continued with His Highness Sheikh Khalifa bin Zayed Al Nahyan, President of the UAE and His Highness the Crown Prince, His Highness Sheikh Mohammed bin Zayed Al Nahyan, Deputy Supreme Commander of the UAE Armed Forces, Globally among the donor countries in the field of foreign aid.

His Highness Sheikh Khalifa Bin Ali Al Khalifa Award is a cornerstone of charitable work and shed light on personalities and institutions that have contributed and supported charitable work in all its fields, making them a shining light for others to adopt their approach and take their steps in doing good.

Where a number of personalities were honored this year from Saudi Arabia, the United Arab Emirates, the State of Kuwait and a group of the Kingdom of Bahrain, who are prominent figures and have clear hallmarks in the field of charity and humanitarian work in all its fields.

This year’s edition is the fifth year of the award