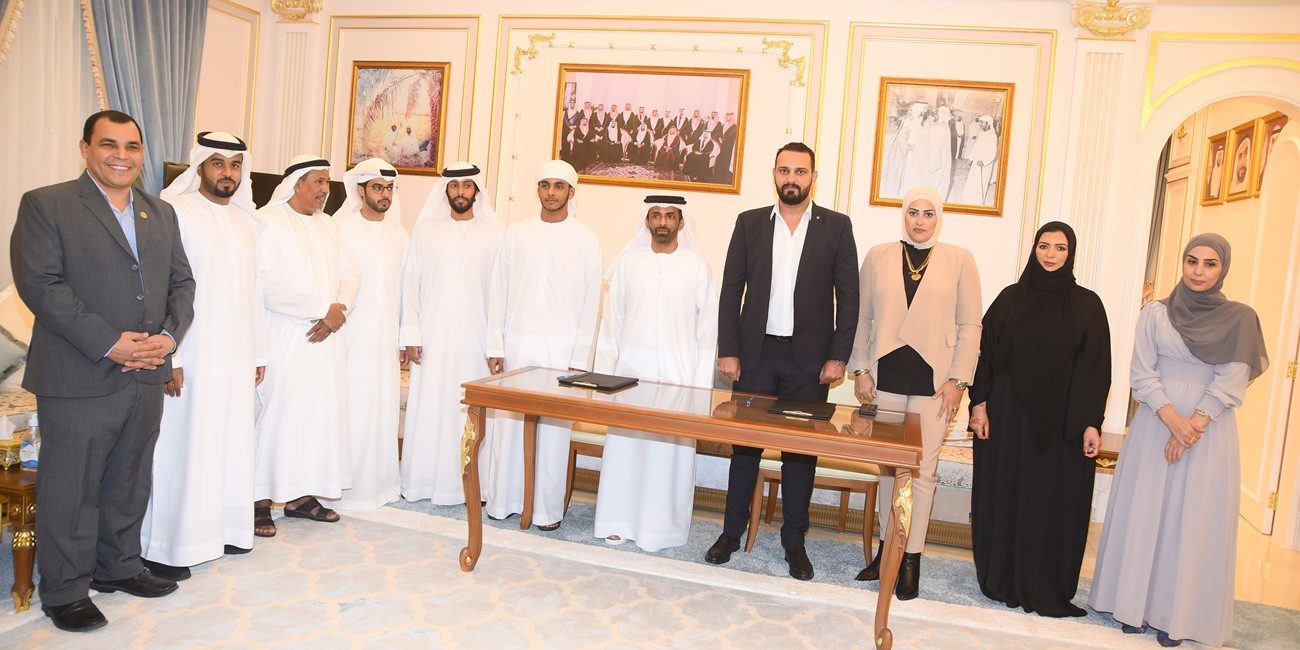 The Mohammed bin Ham Charitable Foundation and the Egyptian “Together to Save a Human” Foundation, based in the Arab Republic of Egypt, signed a cooperation and partnership agreement in the charitable and humanitarian fields. The signing of the agreement was attended by Sheikh Dr. Muhammad bin Musallam bin Ham Al-Amiri, Chairman of the Muhammad Bin Ham Charitable Foundation, Engineer Mahmoud Waheed, Chairman of the Together to Save a Person Foundation the recipient of the “Arab Hope Maker” award in 2018, and Sheikh Saeed bin Muhammad bin Ham, along with members of the Council Management of both institutions During the meeting, the two sides reviewed aspects of cooperation and joint coordination and working together to achieve goals and objectives that serve man and humanity.