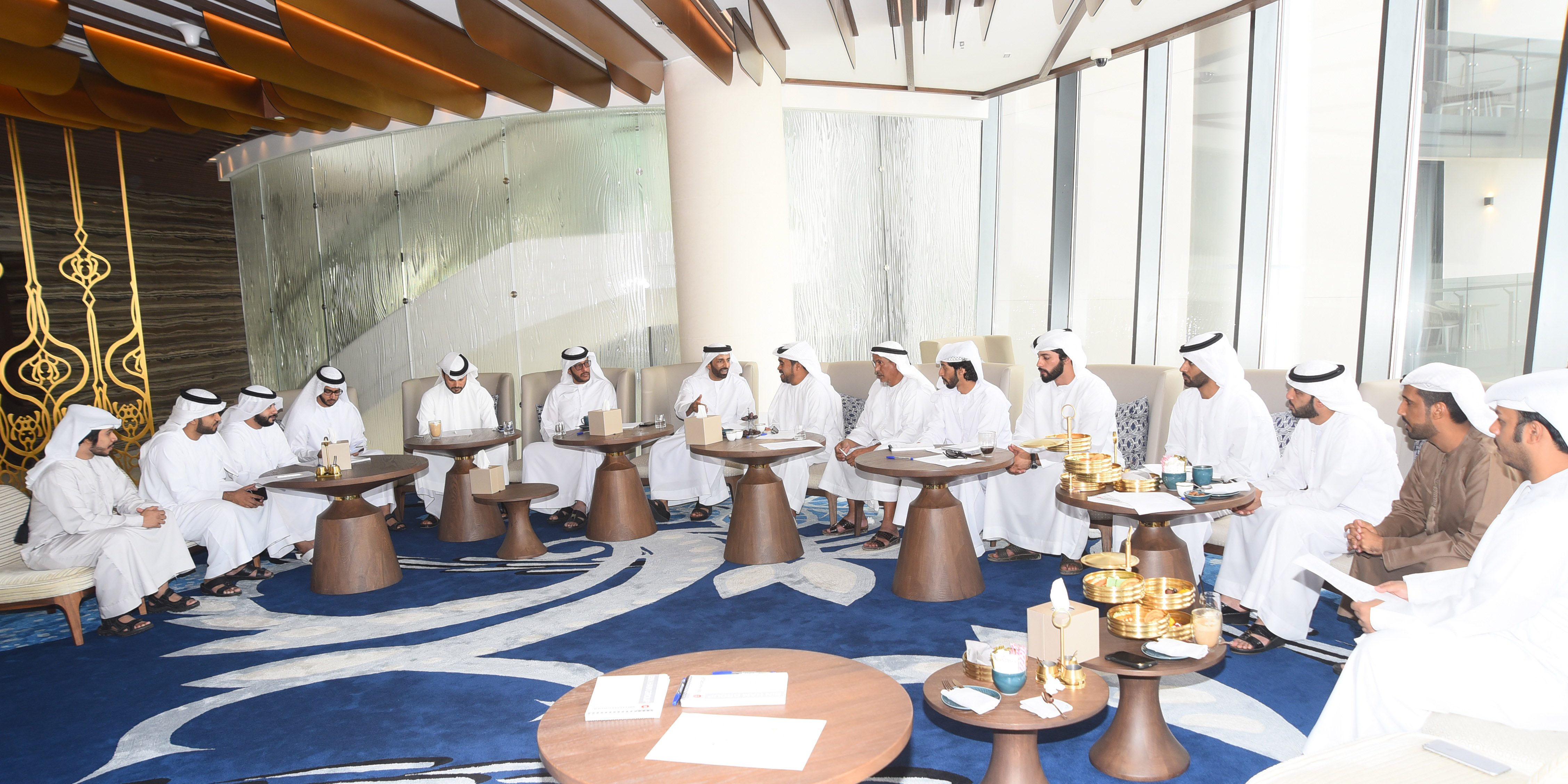 In line with the announcement by President HH Sheikh Khalifa bin Zayed Al Nahyan that “2019” in
the UAE will be a year of tolerance
Sheikh Dr. Mohammed bin Muslim bin Hamri al-Ameri, Deputy Secretary-General of IIMSAAM
held a brainstorm “Kholwa of Tolerance”
With the aim of launching initiatives to be implemented in 2019, in the presence of a number of community figures and VIPs, at the Jumeirah Saadiyat Hotel in Abu Dhabi
Bin Ham emphasized the importance of building in the Year of Tolerance on the national achievements and accomplishments achieved in the year of Zayed. This is in light of the legacy of the founding leader Sheikh Zayed Bin Sultan Al Nahyan, who established the foundations of a homeland of goodness
That tolerance in the UAE should be a platform, a lifestyle and a unique model to be followed globally. Sheikh Dr. Mohammed Bin Ham said that the purpose of the retreat is to put forward community initiatives that contribute to the involvement of the community in the initiatives that the leadership proposes to promote the country’s progress, prosperity and prosperity, And sent a message that the UAE is a global model of tolerance and coexistence with its values inherited from the late Sheikh Zayed bin Sultan Al Nahyan, the foundation of tolerance and peace based on our leadership
He pointed out that the initiatives taken by Al Kholwa will be implemented throughout the year of tolerance, in recognition of their role in promoting the values of tolerance between UAE citizens and residents, as well as actively contributing to the promotion of the values of tolerance and supporting the seven axes raised by the leadership in tolerance.
January 22, 2019
Share this post
Share with FacebookShare with LinkedInShare with PinterestShare with WhatsAppShare with Google+Share with Twitter