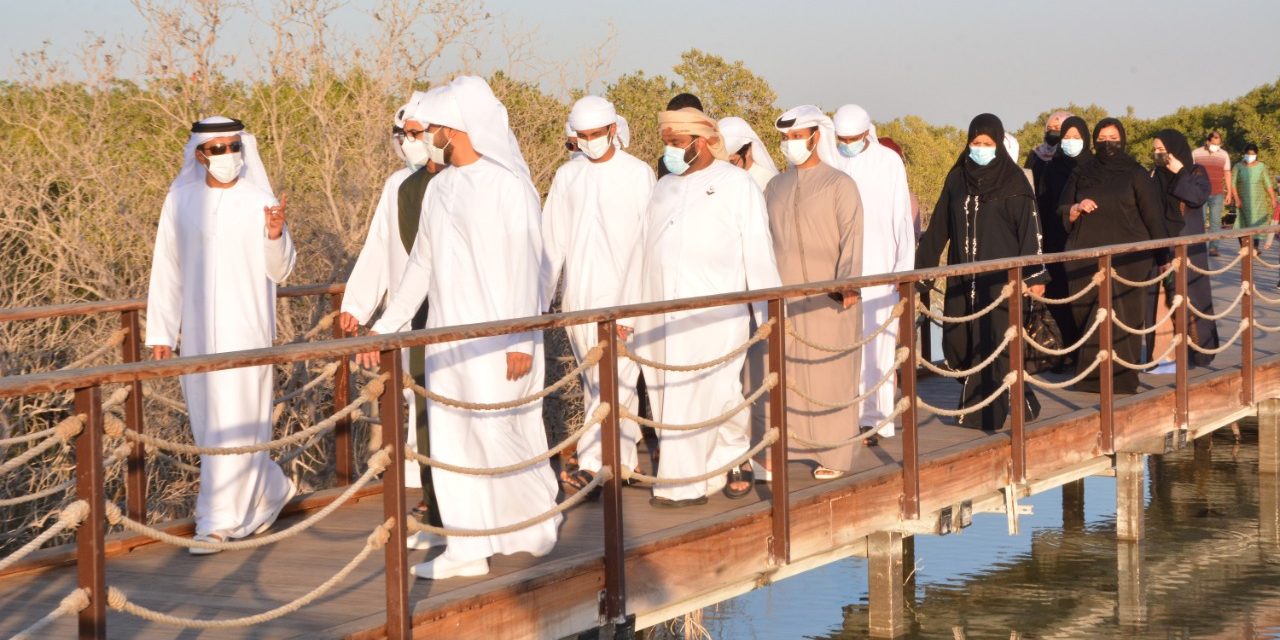 In support of the initiative for the most beautiful winter in the world .. “Awnak Ya Watan” visits Jubail

A delegation from the “Awnak Ya Watan” volunteer team visited Jubail Island in Abu Dhabi, and looked at the tourist and cultural places that the island abounds in, this is in support of the “The Most Beautiful Winter in the World” initiative, which was launched under the directives of His Highness Mohammed bin Rashid Al Maktoum, Vice President and Prime Minister of the UAE and Ruler of Dubai, “may God protect him.” with the participation of various tourism bodies in the country, and with the coordination of the Ministry of Economy, and with support from the Media Office of the UAE government The initiative aims to shed light on the various tourism options that the emirates are full of The delegation of “Awnak Ya Watan” was headed by Sheikh Dr. Muhammad bin Ham Al-Amiri, who was briefed with the accompanying delegation on the tourist and educational attractions on the island. Regarding the visit, Sheikh Dr. Muhammad bin Ham said: “The most beautiful winter in the world” initiative opens the way for members of the community to get acquainted with the tourist and cultural places in which the country is rich Bin Ham continued: Domestic tourism is a strong tributary of the national economy, and it is imperative to support such initiatives that contribute to shedding light on the cultural and tourism treasures within the country.