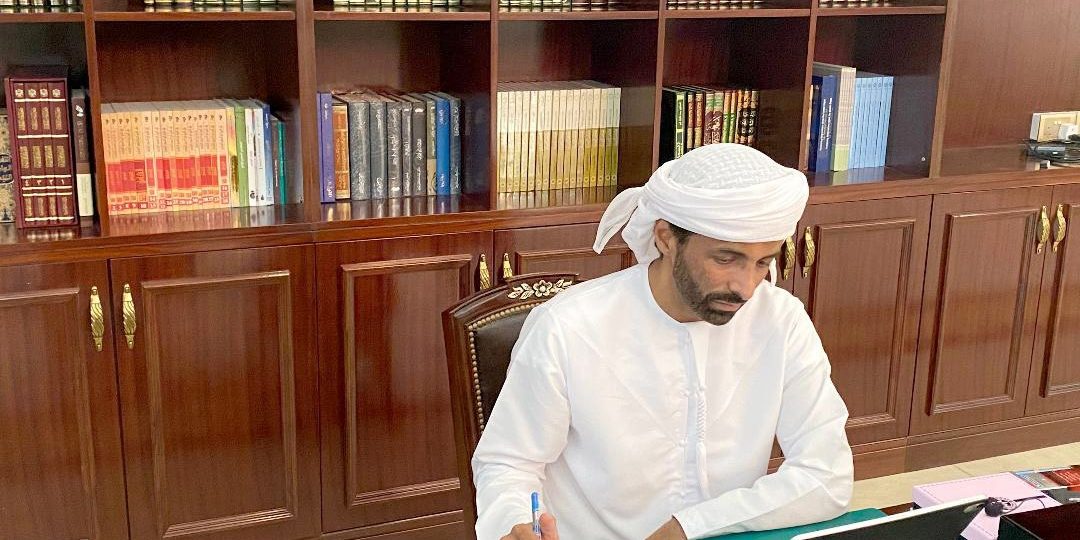 In the presence of Mohammed bin Ham .. Meeting of the Board of Trustees of the Mohammed Bin Ham Prize for Voluntary Work

The Board of Trustees of the Mohammed Bin Ham Prize for Voluntary Work, during its remote meeting, affirmed the full support of the award for all the measures taken by the state to confront the Corona virus, and its commitment to all international standards, the World Health Organization, and called on all members of society to play their effective role in this regard and commitment to being at home and not Get out of it. And in the presence of Sheikh Dr. Muhammad bin Muslim bin Ham Al-Amri and Sheikh Saeed Muhammad bin Muslim bin Ham. Bin Ham stressed that all the activities of the award are carried out through remote dealing and all meetings, including today’s meeting, took place through remote work and praised the state’s infrastructure at a global level in the telecommunications sector, which contributed effectively in facilitating ways to deal with the existing crisis The sponsor of the award explained that the leadership in the Emirates puts the people and their interests at the top of its interests, and gives priority to the issues of the people, and the people of the Emirates feel this well, and therefore, it is in constant harmony with its leadership, trusts it with all confidence and adheres to its directions without borders, This is reflected in the crises that the world is going through now, and the UAE is part of this world, but thanks to the guidance and care of its leadership and its cohesion with its people, it stands in front of crises and challenges it and continues its development path without stopping, and harnesses all its efforts and capabilities to protect and fortify its people and its economy against all crises. Bin Ham praised the efforts of the award team and their professional treatment of the current circumstances, so all participants were instructed to implement volunteering activities at home and to accredit remote interviews for those who qualified after completing the application at the end of April 2020.